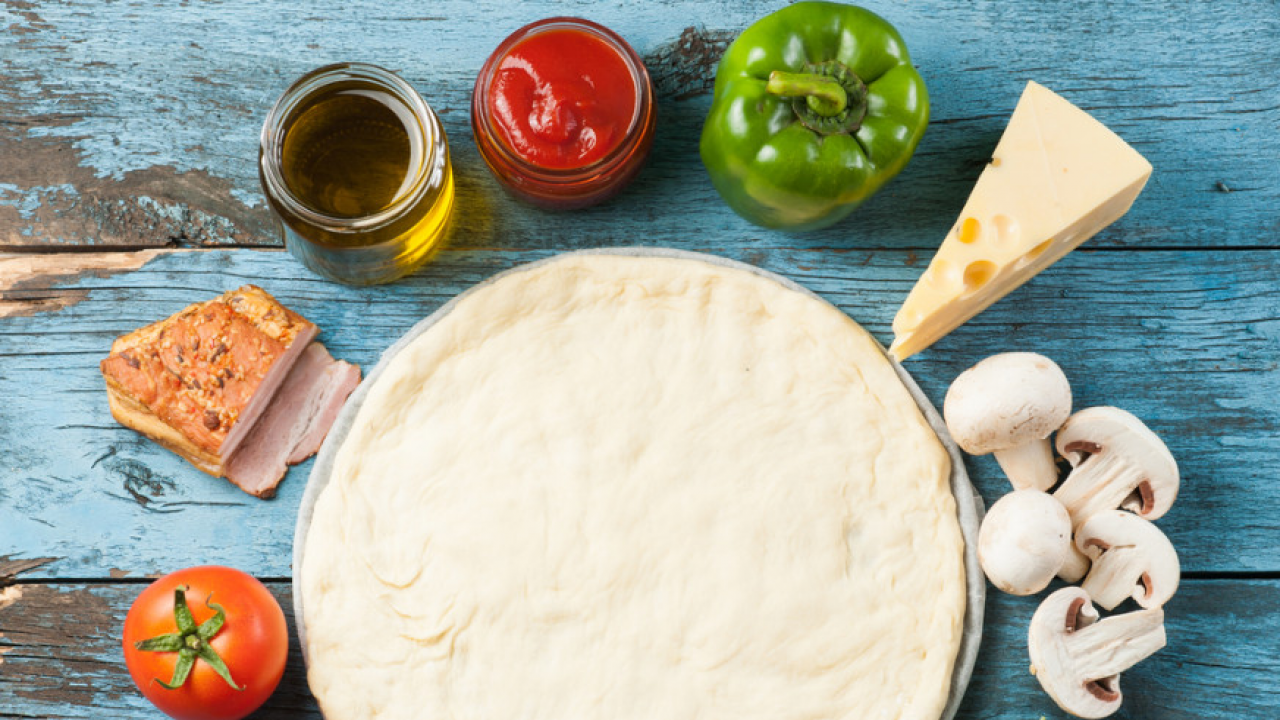 One day, Darren Buck’s sister sent him a text—it contained an image of her holding a Your Pie cup (filled with craft beer, of course) and a message that said, “This place is utterly amazing. You need to check it out.”

Around the same time, Justin Martin, Buck’s cousin, was flipping through a magazine when he landed on a story about Your Pie’s innovation in the fast-casual segment. Intrigued, he called up Buck and decided to check out a Your Pie together.

“Between our two introductions to the brand, Your Pie just kind of laid itself out to us. The pizza’s just amazing, and the founder, Drew French, did an incredible job of bringing authentic recipes from his wife’s homeland in Italy. I think that was ultimately what sets Your Pie apart from some of the other fast casual pizza concepts,” Martin said.

Today, they’re both the proud owners of a Your Pie location in Moore, Oklahoma, with plans to open two additional restaurants throughout the area in the next three years.

Henry and Pily Granada, who own a Your Pie restaurant in Broward County, Florida, fell in love with the brand for a similar reason. For nearly five years, Henry lived in Italy, where he specialized in architecture. It was during his time there that he developed a deep love for the rustic flavors of true Italian pizza. Armed with extensive experience in business and management, when Henry returned home to the United States, he started looking around for a new concept to invest in—something he and his wife could run together. With the flavors from his five year stay in Italy still fresh in his mind, Henry only had one criteria when it came to finding his next business opportunity—it had to involve pizza. He talked to different pizza brands, but it was ultimately Your Pie that the husband and wife duo felt most comfortable with.

“Having lived in Italy, we know what fresh pizza should taste like and we know the way it’s meant to be enjoyed. Your Pie was this incredible slice of the true Italian flavors that I had come to love, and we knew we had to bring that kind of dining experience to our community,” Henry said.

Talk to any other Your Pie franchisee, and chances are their answers will be the same—they decided to join the brand because of its commitment and passion for true Italian pizza tradition and regionally-sourced ingredients.

“There are a lot of pizza places out there these days, but thanks to our regionally-sourced craft beer selection, unique toppings and dedication to the art of pizza making, people are realizing that we’re different—and it’s really helping us come out on top,” French said.

During the first half of 2016, Your Pie had an impressive 49 stores in development. And during the past six months alone, they’ve welcomed six new stores to their growing system.

“People want more control over their dining experience. They want fresh foods and ingredients they can feel good about. Our dedication to quality food spoke for itself when we first opened in 2008, and that has helped to fuel our growth ever since,” French said.