Best Restaurant Franchise You Can Own Right Now 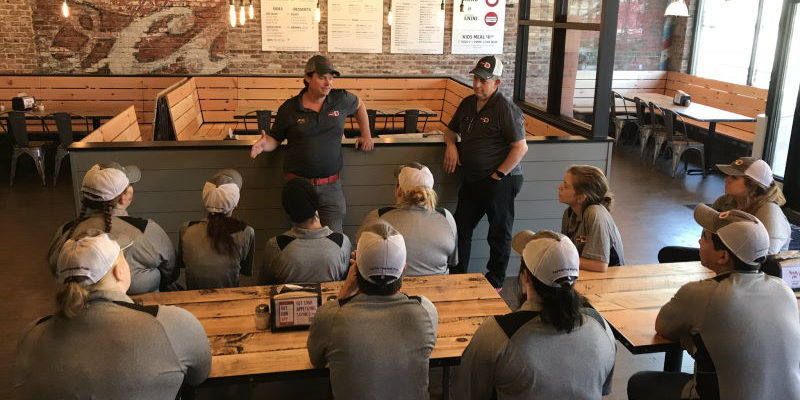 BEST RESTAURANT FRANCHISE YOU CAN OWN RIGHT NOW

There are many restaurant franchises out there, but which one is right for you? From both a personal and professional standpoint, it is important to consider a brand’s price points, support structure, and values to find the best investment for you.

With many factors to consider, let’s learn a little more about some leading options and how you can start your own restaurant franchise today.

With 3,377 units worldwide, Popeyes is a large and successful restaurant franchise. Franchising since 1973, Popeyes is actively seeking new locations across the globe. The initial franchise fee is $50,000, and the total initial investment can range between $385,500 and $2,620,800. Such a broad fee spectrum is dependent on multiple factors — whether or not the store will be operating out of a new or existing location, and how much construction or refurbishment that structure may require. Qualifying investors must have a $1 million net worth, half of which being liquid.

The length of franchise term agreements typically falls between 5 to 20 years, and Popeyes is at the longer end of the spectrum with a 20-year requirement. Popeyes does not offer exclusive territories. Beyond the financials, Popeyes requires prospective franchisees to have at least five years’ experience owning or operating a restaurant to qualify for ownership, which is a prohibitive factor for new restauranteurs.

Franchisees credit Popeyes’ broad appeal and recent proliferation across social media through various menu campaigns for their consistency, making for a predictable, if not rapid, return on initial investment (ROI).

The Jersey Mike’s franchise is a leader in the fast-casual sandwich sector. The franchise fee to open a Jersey Mike’s location is $18,500 with total initial costs ranging between $169,001-$804,045. As with any franchise, the range of costs depends on various factors: location fees, construction and design, permits, insurance, opening inventory, and more.

Jersey Mike’s currently has 1,742 franchise locations worldwide and is looking for new franchise opportunities throughout the United States.

Qualifying Jersey Mike’s franchisees must prove to have a net worth of at least $300,000 with $100,000 of that being liquid assets. The process of opening a Jersey Mike’s restaurant could take the better part of a year, which is on the longer end for franchise build outs.

For investors able to secure the capital, Jersey Mike’s prides itself on a company culture focused on store-level profitability and franchisee success.

BurgerFi was started by John Rosatti, an already successful Brooklyn entrepreneur, back in 2011. Like other fast-casual burger restaurants hitting their stride around this time with the promise of fresh, top quality ingredients served in a hip, spirited environment, Rosatti believed he was contributing to the “BurgerFication of the Nation,” hence the company’s name.

BurgerFi locations are heavily clustered in South Florida, where the company began, and its headquarters located. But the brand aims to make a name for itself nationally as the chain now has a presence in about 40 markets, with nearly 125 locations across the United States.

In terms of expansion, BurgerFi hopes to open 15 more franchise restaurant locations this year, despite the effects of COVID-19.

The estimated initial investment for opening a BurgerFi franchise ranges from $613,600 to $987,250, which includes the one-time initial franchise fee of $37,500.

WORLD-CLASS PIZZA WITH YOUR PIE

The initial franchise fee for a Your Pie restaurant franchise is $35,000, with overall initial investment estimated to be between $364,750 and $610,000. Your Pie is perfectly transparent about the costs associated with starting your franchise, providing an itemized run-down for prospective investors.

Your Pie differentiates itself in the massive US pizza market by being the first ever and quickest growing fast-casual pizza franchise, offering a more unique experience to customers and franchise owners alike. We have literally changed the menu by giving customers an interactive, customizable range of fresh, authentic options to create the pizza of their dreams.

On the other side of the counter, we welcome both new and seasoned business owners by providing an unmatched level of training, dynamic marketing plans, and ongoing support. Your Pie currently operates franchise locations in 19 states and is excited to grow across more territories with enthusiastic, passionate franchise owners.

To learn more about making your restaurant dreams come true with Your Pie, visit us today.