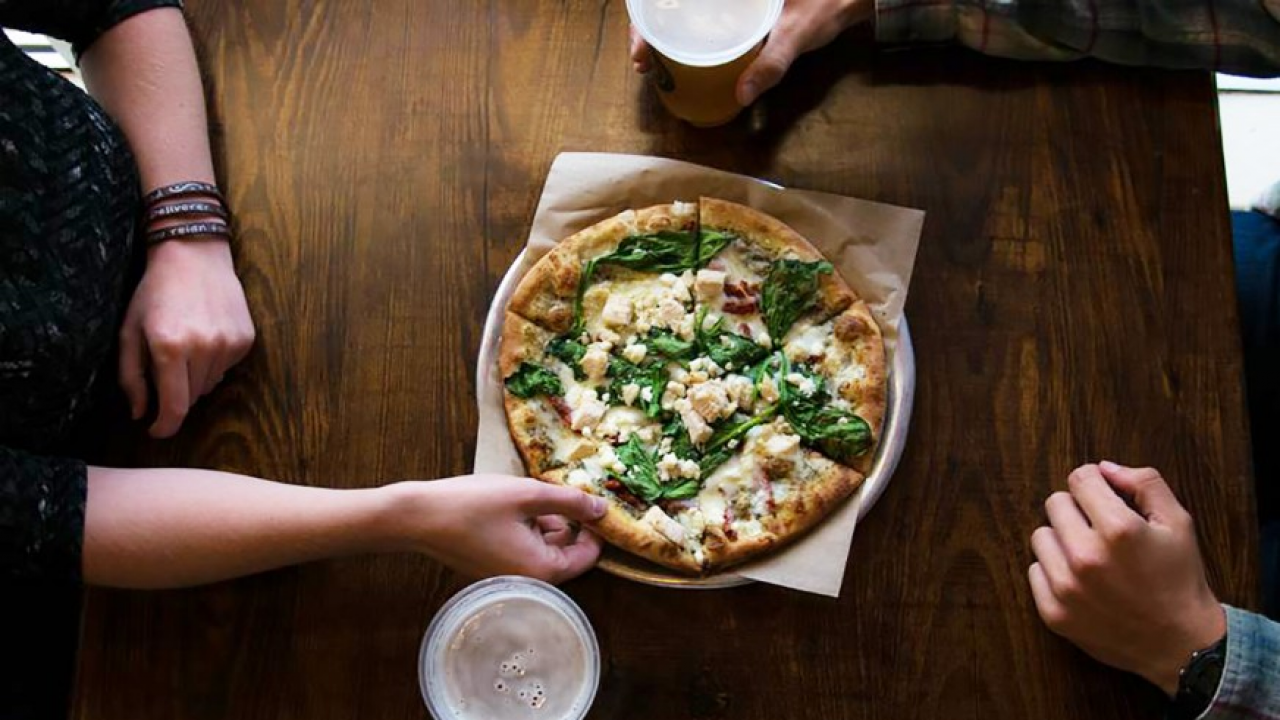 When Drew French was a kid, he wasn’t fond of sharing his pizza—and who is, really? After all, anchovies and black olives aren’t for everyone.

Like every pizza lover, French enjoyed the beauty in savoring a perfect, one-of-a-kind pizza—one that’s artfully tailored to his personal tastes. Even today, French believes that everyone deserves their pizza their way.

But it wasn’t until he took a trip to Italy that French realized he could turn that culinary vision into something everyone could enjoy. In 2006, Drew French was visiting his wife’s family in Ischia, a small volcanic island located 19 miles from the city of Naples, Italy. It was there that he fell in love with the region’s use of brick ovens and the perfectly-crisp doughs and smoky, earthy flavors that came out of it. And it was there that he learned how truly fresh ingredients can make or break any dish.

Intoxicated by the aromas of Ischia’s brick ovens, he sketched out the concept for a build-it-yourself pizza concept on a napkin. And therein lies the origin ofYour Pie. His vision was simple—combine quality and variety with the rustic flavors only brick ovens could deliver. And not only would he strive to make a great, innovative pizza, he would deliver them to customers quickly, too.

“Nobody was thinking brick oven for fast-casual,” French said. “That’s what makes Your Pie unique, and so consistently good.”

In 2008, at 24, French opened his first store in Athens, Georgia. Within two years, he opened two additional locations nearby in the University of Georgia’s hometown. Nearly eight years later, French’s concept has taken the industry by storm. People realized that you really can have it all—convenience and a superior pizza. Today, Your Pie has emerged as a key player within the booming fast-casual pizza industry.

“There’s an art to making pizza, and we’re committed to the artisan approach and customization. I believe that Your Pie will maintain a competitive advantage over everyone else out there making pizza—whether in the fast-casual or traditional space—by doing what we do best. We just do pizza better than anyone else,” French said.

Based on Your Pie’s momentum last year, it’s clear that people really are hungry for a better pizza. In 2015 alone, the brand signed 31 new deals in locations throughout the country, including South Carolina, Oklahoma, Florida, Alabama, Texas and Ohio. With two new openings already under their belt in 2016, Your Pie is showing no signs of slowing down—the brand is aiming to open 20 locations by the year’s end, which would ultimately boost their total number of nation-wide units to 50. Markets of interest include Charlotte, Raleigh and Durham, North Carolina; Columbia and Charleston, South Carolina; and Tampa and Orlando, Florida.

Because Your Pie is different than a lot of other pizza places out there these days, Ken Caldwell, Your Pie’s vice president of development, believes that the brand’s true dedication to the art of pizza-making will catch the attention of potential business owners, too. But beyond having the chance to become an ambassador for an emerging brand, Caldwell also believes that Your Pie offers a sound investment opportunity for someone looking to make a lasting impact in their community.

Opting for smart growth to preserve the quality of the brand, Caldwell’s goal is to identify multi-unit operators to join the franchise system and scale from the regional base already in place. With a total investment averaging $311,750 to $475,105, a Your Pie franchise includes pre-opening development assistance for site selection and analysis, lease negotiation, architectural layout and restaurant design, comprehensive restaurant build out, four weeks of training and full marketing and communication support.

Ultimately, Your Pie aspires to be a globally admired brand. The path to that growth runs through French’s kitchen, where in addition to an unwavering dedication to creating new combinations of pizzas, the emphasis is on constant improvement and raising the bar on quality fast-casual dining.

“Pizza makers talk about using the ‘best-quality’ ingredients,” French said. “But you’ve eaten those pizzas, and you know their quality standards. Our thinking is that quality is our only standard. At Your Pie, we want everyone to have exactly the pizza they’d like to eat, and we want each pie to provide a great experience. No matter how you look at it, the craft pizza business is set to explode. And Your Pie is ready to fight its way to the top of this popular category.”

To learn more about franchising with Your Pie, click here.