Our pizza franchise opportunities are supported by a top-notch franchise leadership team. Learn who's who in Your Pie franchising.

Becoming a Your Pie franchise owner is like joining a family; you can trust that the franchise leadership has your best interest in mind. We want to see your restaurant grow and thrive, and we’ll provide you with the ongoing support you need to make it happen.

Your Pie Franchising is led by some of the industry’s best — our franchise leadership team is made up of experts who know how to build successful brands. 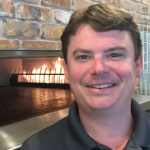 Drew French didn’t know great pizza until he experienced the brick oven style baking on the island of Ischia while on his honeymoon. Instead of a simple Italian souvenir, Drew was inspired to bring back the entire rustic and delicious method to the United States. Drew put his love of gourmet food and his business degree from the University of Georgia to work and opened up his first Your Pie location in Athens in 2008. We love him to pizzas for it. When he’s not rooting for the UGA Bulldogs or winning pizza competitions, Drew likes spending time with his wife Natalie, his daughters Anna and Scarlett, and their three dogs. He’s also an amateur bongo enthusiast. 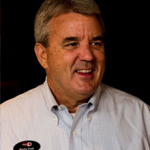 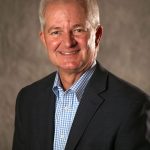 For more than 30 years, Dave McDougall has worked to optimize franchise brands for growth and efficiency. His mission at Your Pie is no different. As CEO, Dave leads Your Pie’s brand strategy and direction, identifying priorities, managing resources and aligning operational excellence with brand mission, culture and values at every level. Prior to joining the Your Pie family, Dave’s background includes household brands like Back Yard Burgers, Cinnabon and Carvel. No stranger to navigating high volume growth, Dave leverages his experience to hone and strengthen Your Pie brand positioning while maintaining the unique experience that has always defined the Your Pie brand. In his free time, Dave enjoys jogging, playing tennis, working in the yard, and college football Saturdays. A Seattle native, Dave now resides in Atlanta with his wife, Cheryl. 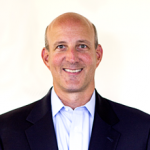 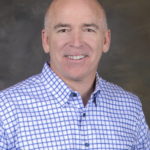 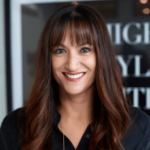 An industry veteran, Dimson brings more than 15 years of restaurant marketing experience, plus a robust understanding of the fast-casual landscape, having held leadership positions with brands like Yum! Brands, Arby’s Restaurant Group, and Tropical Smoothie Cafe LLC. As Chief Marketing Officer, Dimson is responsible for enhancing marketing strategy and brand development at both the national and store levels, with specific focus on leveraging technological innovation to raise brand awareness among new audiences and drive store sales.