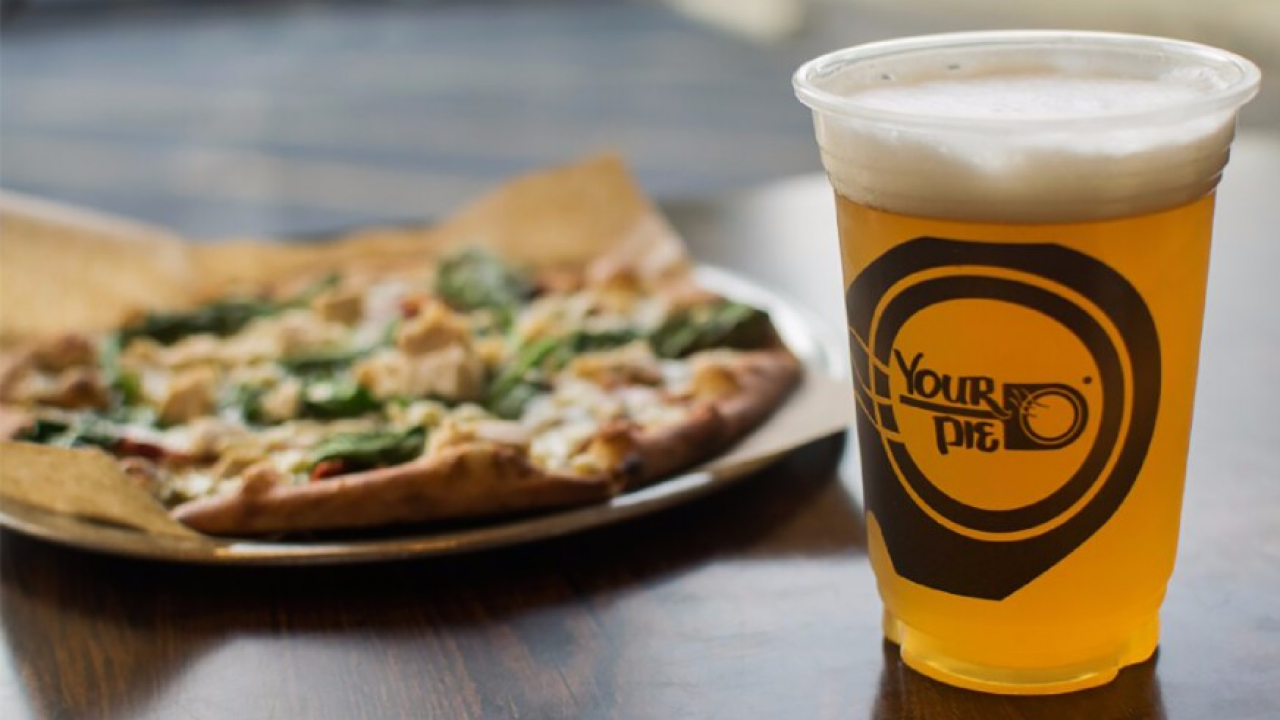 Jeff Rhoades has always been drawn to franchising and food, but it wasn’t until he learned more about Your Pie that he figured out he could combine both of best worlds. Rhoades signed a six-store agreement with the brand, and he currently has two units open: one in Norfolk, Virginia and one in Virginia Beach, Virginia.

Before he became a Your Pie franchisee, Rhoades was working as a sales rep for medical equipment. He was still working in this field when he began researching franchise investment opportunities.

Rhoades said he was looking for a concept that would allow him to stay on the East Coast and fast-casual restaurants caught his attention. He had investigated a number of different franchise concepts, but just didn’t feel comfortable with any of them. With Your Pie, he felt as if the brand not only paid attention to his needs, but encouraged him to bring his own ideas to the table.

“During my initial franchise search, I met with a number of different concepts and just didn’t feel like they were all that interested in me. That couldn’t have been more different with Your Pie, as they listened to my ideas and really seemed like they wanted me on the team,” Rhoades said. “They really are the total package, and I love the different aspects of the concept. The pizza is great, I love the gelato and salads and the kid’s items are great. I also love how they appreciate craft beer.”

Rhoades has made his franchises his own—he has used the successful Your Pie business model and infused a personal touch, such as having 20 beer taps on hand and a growler program unlike one Your Pie has ever executed before. He also has a mobile pizza oven that he uses for community events and parties.

Your Pie is the originator of the fast-casual, brick-oven, down-the-line personal pizza category. The concept of Your Pie began in May 2006 when founder Drew French was inspired to bring authentic pizza to the States while on his honeymoon in Italy. Visiting his wife’s family on the island of Ischia, Drew fell in love with the brick oven style of baking pizza, and the rest of the Your Pie concept grew from that experience.

Your Pie offers potential investors an unprecedented business opportunity. The brand supplies prospective franchisees with a thorough training program to get them acclimated with the business and a corporate staff that can help answer any questions they may have. In order to become a Your Pie franchisee, entrepreneurs can expect their investment to range from $311,750 to $475,105, excluding real estate costs. Your Pie offers entrepreneurs the chance to be their own boss, invest in their future and be part of a successful industry.

Rhoades recently opened his Virginia Beach location in March and is looking to get started on his third store. He said the Your Pie team has helped him achieve success, and he’s forever thankful.

“Your Pie has really got some great people involved. I wouldn’t have signed a six-store deal with the brand if I didn’t have the full confidence of the people behind the concept,” Rhoades said. “You’re not left to figuring the business out on your own, and they give you the flexibility to try new things. It’s a great concept and anyone would be lucky to join.”

For more franchising information about Your Pie, click here.