Your Pie Leading in the Digital Age 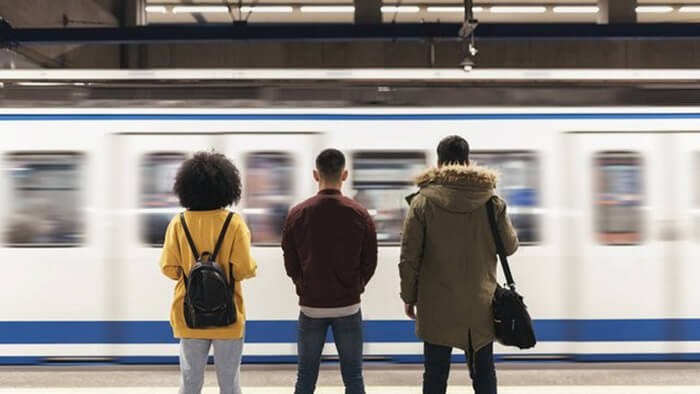 All Aboard the Digital Train: Your Pie, Fazoli’s, Wings Etc Won’t Get Left at the Station

The article was originally published on Fast Casual on 4/19/19.

As the speed of change grows exponentially in the digital age, restaurant brands cannot afford to get left behind as they transition from traditional to digital advertising strategies. From digital signage and your brand’s mobile customer experience to your online web and social media presence, there’s a lot to catch up to quickly, let alone trying to figure out how to measure it all in a meaningful ROI quantity.

At the March Restaurant Franchising & Innovation Summit in Louisville, three brands shared their challenges in catching the moving train that is digital advertising today. Your Pie Director of Marketing Hassy Braggs shared the stage with Fazoli’s Vice President of Marketing Jodie Conrad and Wings Etc. CMO David Ponce in the hour-long panel discussion, moderated by Scorpion Vice President of Strategic Marketing Bradley Voreis. And what they all discovered in the course of that discussion was that they are not alone in their feelings of being “late to the party” when it comes to digital promotion.

Conrad said she initially felt like Fazoli’s was late to the digital game, especially mobile apps, but she saw many other businesses were struggling as well. Ponce said his restaurant was in a similar situation.

“We were dragged, kicking and screaming, into digital,” Ponce said.

Braggs said several elements of Your Pie’s digital tools, like its POS system, weren’t integrating well with its other technological tools.

In short, restaurant operators often find that all the tech available toward the digital advertising end — from menu boards to social media to AI — can be overwhelming. The panelists emphasized, however, that restaurants should stay focused on a few things and gradually improve on them.

“Doing a few things reasonably well and continuing to improve those things is way better than trying to do a thousand digital initiatives and it becomes unmanageable,” Ponce said.

Your Pie focused on AdWord campaigns to help find the right keywords and the right audiences for its restaurants, according to Braggs. The restaurant chain is constantly re-targeting advertisements and testing out different content.

Fazoli’s focuses specifically on driving people to its loyalty programs because that’s where it gets the most data, according to Conrad.

In order to deliver strong ROI, the panelists said restaurants need good roadmaps in place. For example, if your restaurant wants to boost reviews, it needs to have a good plan that brings in both employees and franchisees.

Ponce said that in Wings, Etc’s quest for five-star reviews, it made an offer to franchisees that when franchisees review scores went up, Wings, Etc. corporate would allot more ad dollars to help them reach additional customers.

Improving review response rate formed another step in this roadmap. For instance, Conrad and Braggs said they aim to respond to positive reviews, rather than just doing damage control for negative reviews.

“We will reach out to positive reviewers and say, ‘Lunch is on us’,” Braggs said. “This isn’t a bribe, but a way to boost word of mouth.”

All the panelists said it is very important to gather data on customers if you want to build successful digital campaigns. Ponce said brands can use local mobile campaigns to grab customers as they walk by a restaurant, which he jokingly called, “Devil’s tech.”

Braggs said restaurants should always be looking for more ways to gather metrics and analyze that data. But Ponce added that it’s important not to get lost in the data or feel you need to do everything at once. Rather, he advocated for taking a focus on fundamental data.

“One franchisee said, ‘You can never go wrong by working on the fundamentals’,” Ponce said.

Deliver on your promise

Even with the best review management, advertising, mobile apps and loyalty programs, if your restaurant ultimately doesn’t deliver on your brand promise it won’t matter, these brand leaders said. Ponce referred to the restaurant experience as the tip of the spear, with everything else being the advertising and the brand. If the tip breaks, he said, it will backfire and destroy your brand in the eyes of consumers.

In order to deliver on your promise, you need to understand your location, audience and markets well, said Ponce. By thoroughly understanding your audience and delivering on their expectations, brands are better equipped to stay afloat in the sea of digital marketing.