Considering a Café Franchise? Why Pizza May Be More Profitable 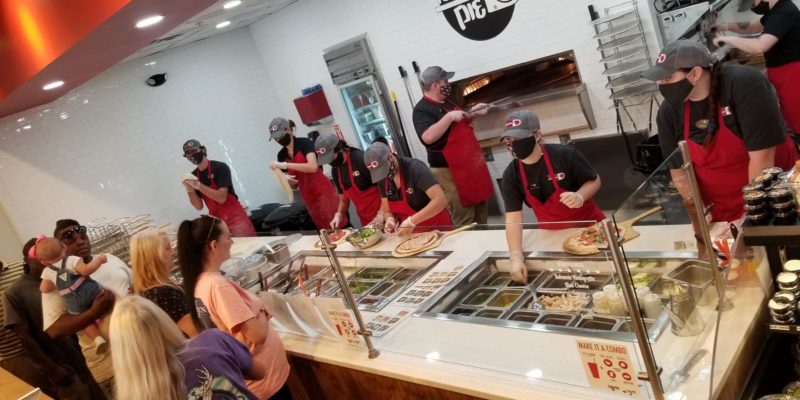 Considering a Cafe Franchise? Why Pizza May Be More Profitable

If you’re thinking about owning a café franchise, you may want to reconsider. Learn how a pizza franchise compares and find out which is the smarter investment.

Pizzerias and café franchises are two of the hottest businesses to own in the United States. Both are popular with customers, provide relatively low buy-ins with good revenue potential, and can each be solid investments for both new and experienced entrepreneurs. At first glance, the two seem equally appealing. However, between the lines there are some distinctions that set them apart from an investment perspective.

While the past two years under a global pandemic had us all spending more time at home in various states of quarantine, the café franchise and pizza franchise industries were affected differently. While we have been unable to gather in cafés for leisurely afternoons with friends, the grab-and-go lunch option also dwindled as more people have been working from home. However, during a time when many restaurants struggled to stay afloat, pizza remained a delicious, dependable food source for many families. In 2020 alone, pizza sales across the country were up by 4 percent, and have shown no signs of slowing down any time soon.

The café franchise market is highly competitive. In any given city in the United States, you can’t drive five miles without passing a handful of different options. Some of these cafés may be small mom and pop operations while others are major chains and franchises. There is an unending reservoir of people hoping to open their own café with little chance of competing within an already flooded market.

Because of the market size, prices are steadily increasing to keep up with the competition. A lot of cafés have learned that while $12 may be the going rate for a soup and sandwich combo, it becomes unsustainable during times of economic downturn.

Café staff are also especially vulnerable to harsh public opinion that may be based on one wrong move. Due to the expedient nature of most cafés, customers want their food in a rush, and sometimes they take their bad reviews to the internet which leads to negative publicity for your business.

Pizza has always been a food staple for American families—perhaps now more than ever. Thirteen percent of Americans over the age of two eat pizza on any given day and, as a nation, we collectively eat 3 billion pies per year. The pizza industry makes $47 billion a year, and franchises account for $36.4 billion of that, according to research firm IBISWorld. It is predicted to continue growing over the coming years. Among food franchises pizza is one of the most popular categories. Ingredient costs are relatively low, even for the freshest inventory, and profitability remains high, especially for brands like Your Pie who are putting a deliciously creative spin on the favorite dish.

Skip the Cafe and Franchise with Your Pie

Your Pie differentiates itself in the massive US pizza market by being the first ever and quickest growing fast-casual pizza franchise, offering a more unique experience to customers and franchise owners alike. We have changed the game by giving customers an interactive, customizable range of fresh, authentic options to create the pizza of their dreams.

We welcome both new and seasoned business owners by providing an unmatched level of training, dynamic marketing plans, and ongoing support. Just take a look at some of our franchisee testimonials to get a sense of what we have to offer when you join our team. Your Pie currently operates franchise locations in 19 states and is excited to grow across more territories with enthusiastic, passionate franchise owners.

To explore your franchise opportunity with Your Pie, contact us today.