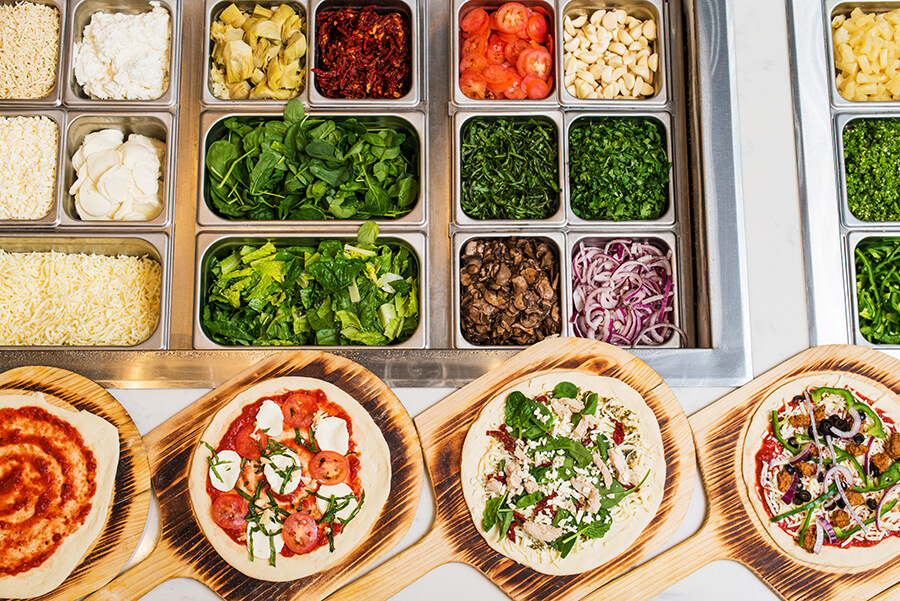 PODCAST: Meet the Man Who was First to Fast-Casual Pizza

Your Pie stays true to its innovative roots as founder Drew French carves a unique niche in the busy category. This podcast originally aired on QSR magazine on 8/5/19.   It started with upscale subs and was followed by the burrito boom, then the better-burger boom. When Drew French was in college in the mid-2000s,… Read More 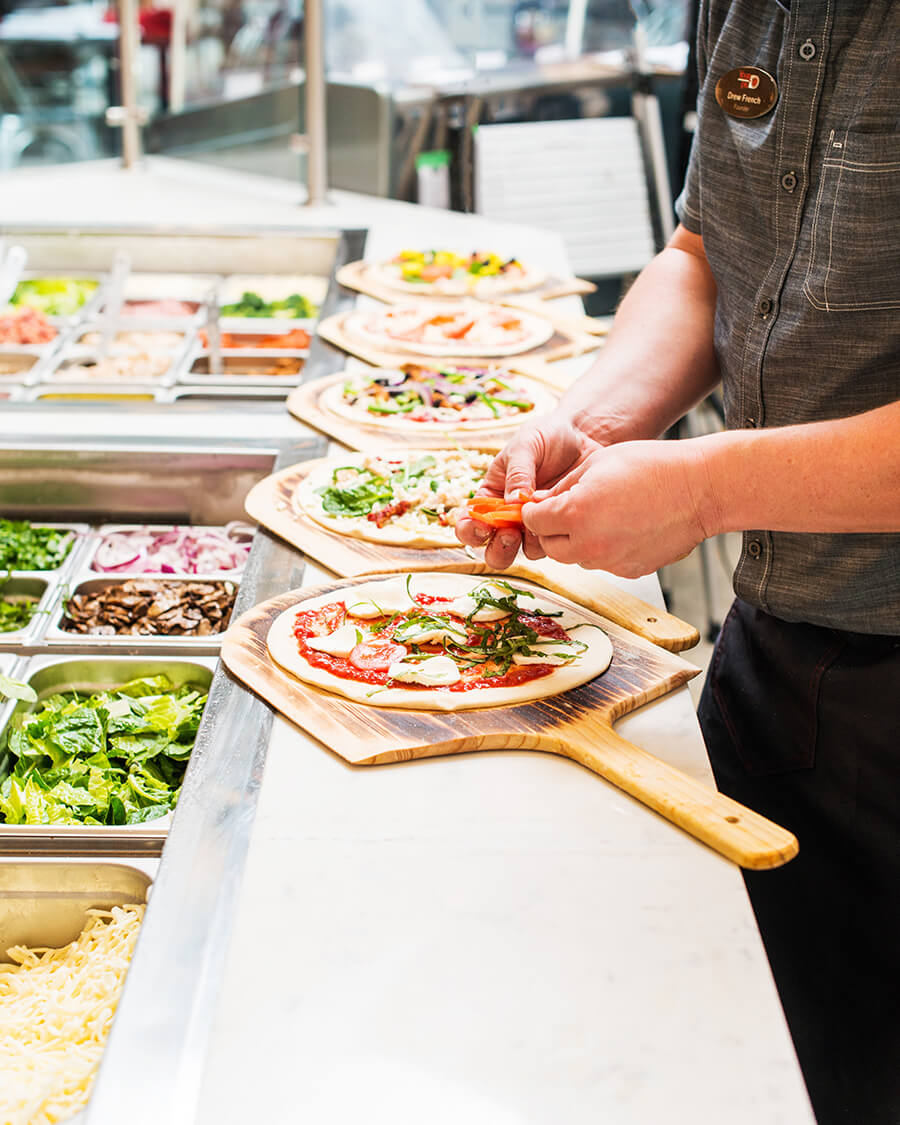 This article originally appeared in the June 2019 issue of Entrepreneur magazine. Ask someone to name a franchise, and chances are it will be a food-based one. Some of the biggest and best-loved franchise brands center around food franchises, and perhaps that’s no surprise — after all, everybody eats. And more than that, everybody enjoys… Read More 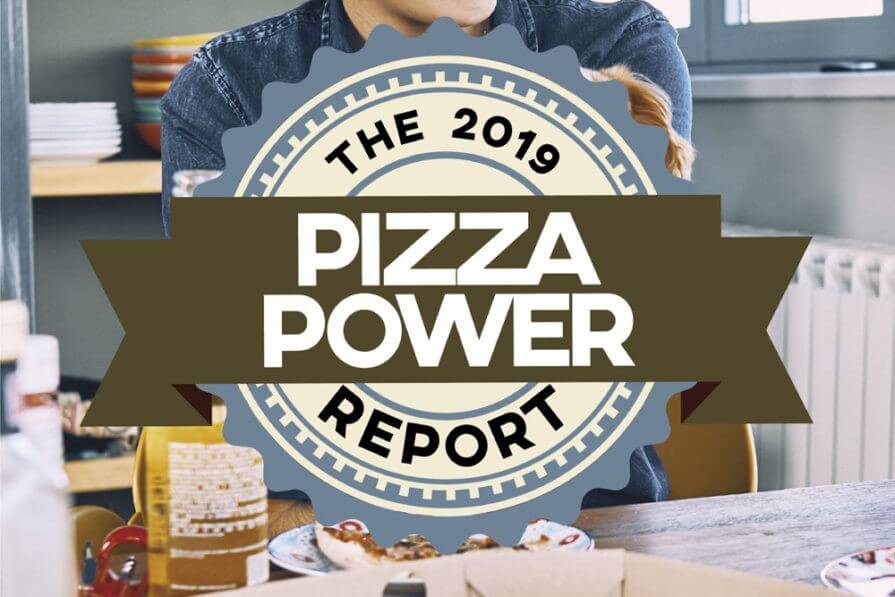 This report summary originally appeared in PMQ Pizza Magazine. It has been edited to fit this blog. When compiling this year’s Pizza Power Report, three themes kept appearing again and again: quality ingredients, technology and the youth culture. Consumers are increasingly insisting on the freshest, healthiest ingredients, a trend driven largely by younger segments of… Read More 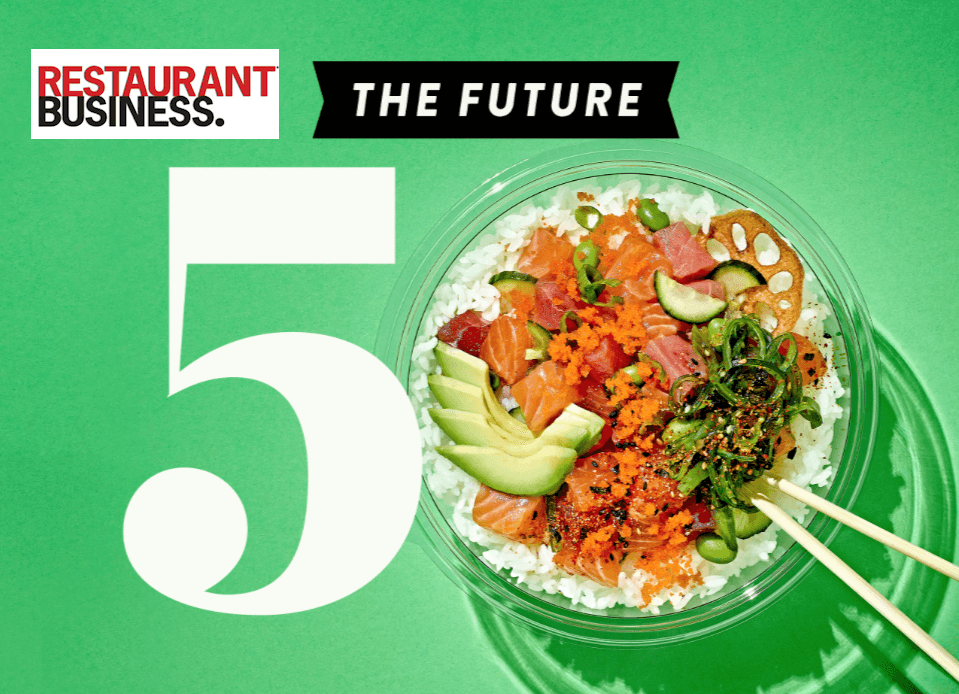 Which industry trends are gaining traction? What’s garnering consumer interest? The 50 restaurants earning coveted positions on the Restaurant Business magazine’s The Future 50 list are all emerging chains with the growth vehicles to watch—the ones poised to be major industry players in the coming years. The fastest-growing small chains in America represent a mixed bag of trends, but they have one thing… Read More 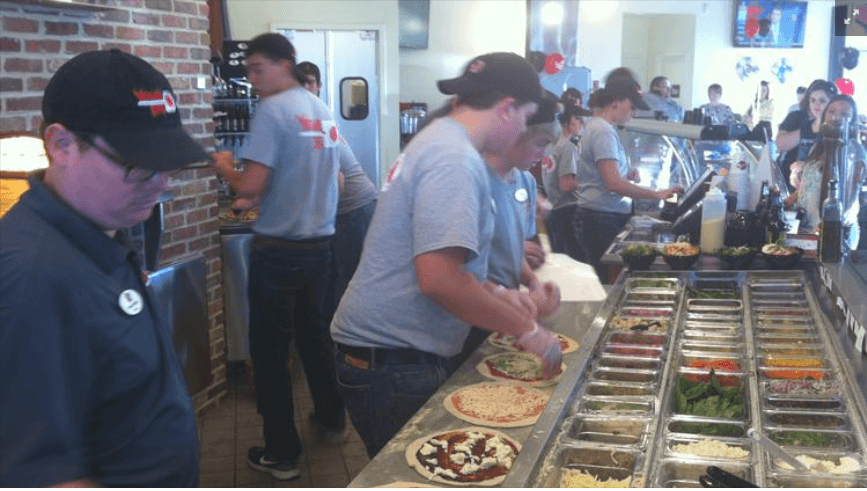 This article was originally published in The Jacksonville Business Journal on 7/16/19. The fast-casual build-your-own pizza chain Your Pie is planning to open two locations on July 19. A new store is opening in St. Johns County at 90 Durbin Pavilion Drive in Durbin Park, and a location at 13424 Beach Blvd. is re-opening after… Read More 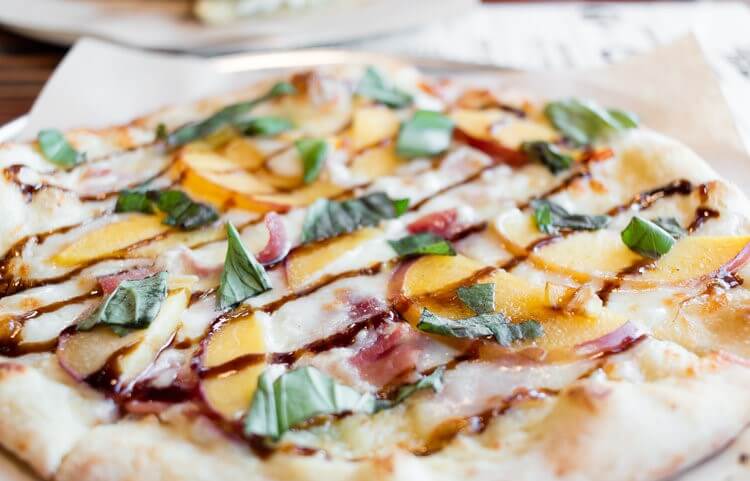 This feature originally aired on ABC in Augusta, GA on 7/13/19. Many people proclaim pizza is their favorite food, and Your Pie is rolling out a new one just in time for summer. Owner, Pat Landon, stopped by Television Park to talk about the very unique Peach Prosciutto Pie. The Peach Prosciutto Pie features a… Read More 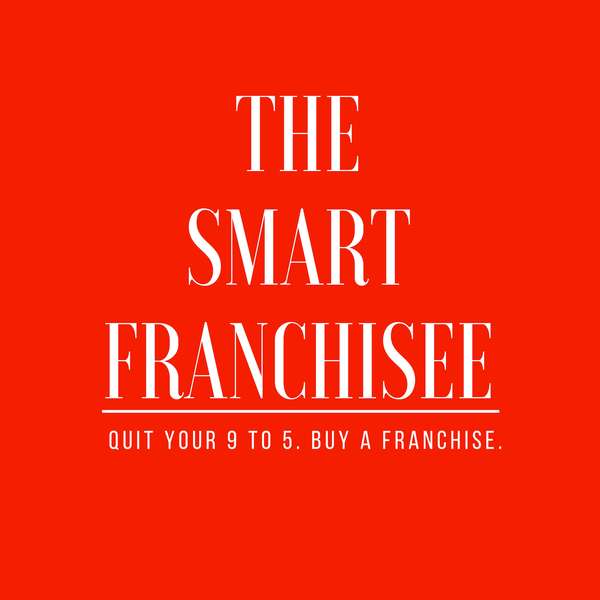 This podcast originally aired on Smart Franchisee on 6/22/19. Listen in as Smart Franchisee podcast host Jessica talks with Ken Caldwell, VP of Franchising at Your Pie. Ken shares what Your Pie is looking for in a franchisee, how the supply chain team works to ensure franchisees all over the country are able to get… Read More 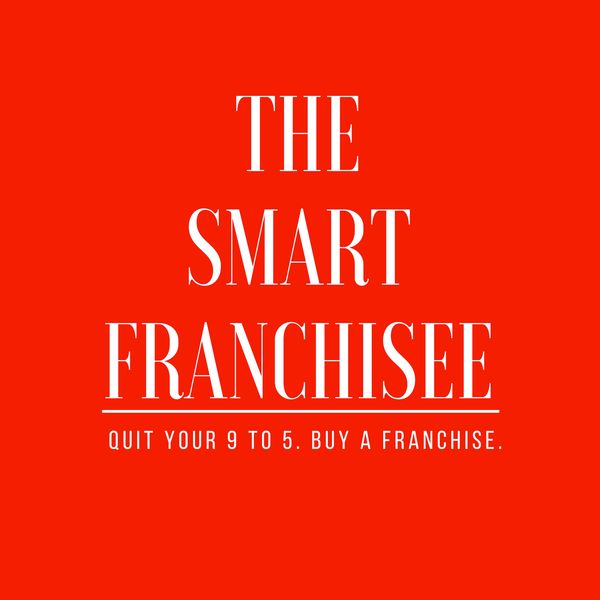 For Franchisees Arnie and Jenna, It’s a Family Affair

Today on The Smart Franchisee podcast host Jessica sits down with Arnie and Jenna Seyden who share their experience owning a Your Pie Franchise. Arnie and Jenna have been married for the past 29 years, and what’s even more incredible is that they have been in business together for all 29 years. Arnie and Jenna… Read More

How These Franchisees Marketed a Record-Breaking Grand Opening

Smart Franchisee podcast host Jessica talks with Doug and Denise Zirbel, a husband wife duo who have successfully opened their own Your Pie Franchise in South Carolina. Doug had a great career with Kimberly Clarke but spent a lot of time working and traveling while Denise took care of their four kids. After moving 12… Read More

Listen in as Smart Franchisee podcast host Jessica talks with Scott Burr a successful Your Pie Franchisee. Scott’s professional career was in golf. But as his daughters were growing up he realized he wanted to be able to spend more time with them. That’s when he decided to get into business and franchising seemed like… Read More 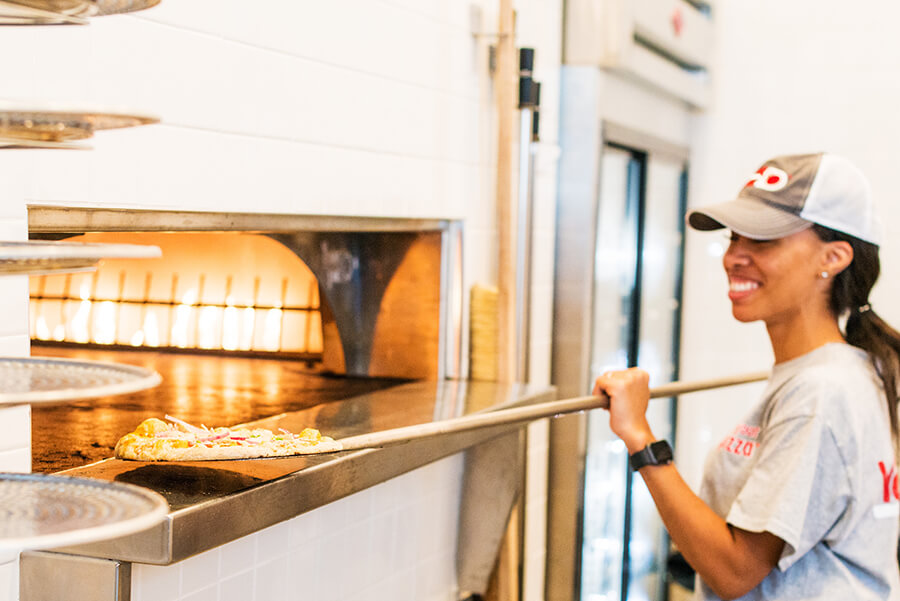 A few days ago Your Pie unveiled a new and improved franchise development website to enhance the user experience. Now there’s one convenient stop for all of the information you need to know about the Your Pie franchising opportunity. While you’re on our new website, here’s some of what you’ll see: You’ll also hear from… Read More 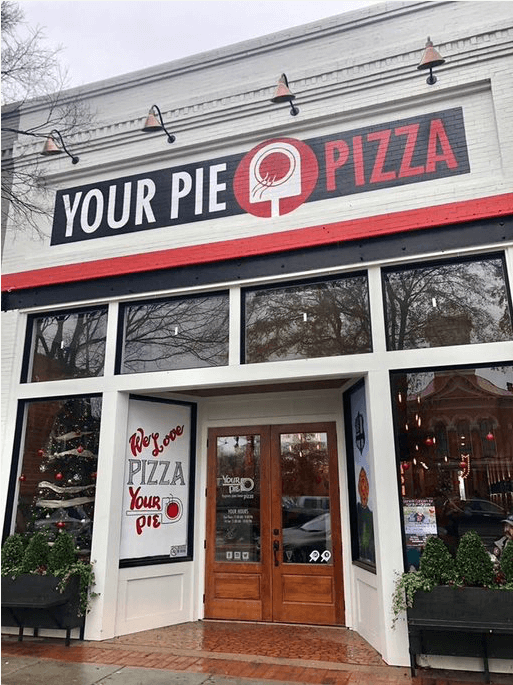 Putting Miles Between You and Your Business for Inspiration

By Drew French, Founder and President, Your Pie Travel has always been an integral part of the Your Pie story. In fact, many people don’t realize that the idea for Your Pie was actually inspired by my honeymoon trip to the Italian island of Ischia, where we visited my wife’s extended family. Even after 11… Read More