PODCAST: Meet the Man Who was First to Fast-Casual Pizza 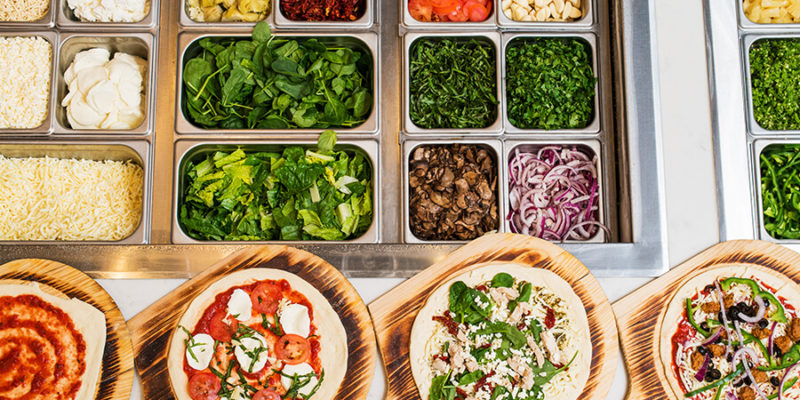 Your Pie stays true to its innovative roots as founder Drew French carves a unique niche in the busy category.

This podcast originally aired on QSR magazine on 8/5/19.

It started with upscale subs and was followed by the burrito boom, then the better-burger boom. When Drew French was in college in the mid-2000s, he witnessed a variety of food items surge in popularity through the fast-casual format. And he didn’t want to be a bystander; he wanted to be a part of the food industry’s next big thing.

It wasn’t until his honeymoon on an island off the Italian coast that he found it: pizza. French’s idea became Your Pie, a fast-casual pizza concept he founded in Athens, Georgia, that has since grown to around 70 locations serving made-to-order pizza along with salads, panini, gelato, and, in some locations, pasta. He opened the first restaurant in April 2008—when he was just 23 years old and freshly graduated from the University of Georgia, and, notably, before any other prominent fast-casual pizza brand. French opened the restaurant right in the early days of the recession⁠—with some ignorance toward the economic environment.

“The good thing for me was I didn’t know any better,” he says. “I didn’t realize that flour was at an all-time high, that we were going through a recession—so we just made it work.”

Banks turned French down for loans to open the first location, so he turned to family for financing help. He chanced upon prime real estate beside one of the busiest Chick-fil-As in the country.

“I figured, worst case, people would look at my sign when they’re sitting in the drive-thru lane and maybe they’ll accidentally come to me instead of going to Chick-fil-A,” he says with a laugh.

Customers who visited Your Pie in the early days had to overcome a learning curve for fast-casual pizza. Families weren’t used to the customization Your Pie offered, or its speed of service. Your Pie’s eight sauces, eight cheeses, and around 40 toppings went against legacy pizza’s ordering practices.

But customers quickly came around and provided robust business for Your Pie, both at lunch and dinner. Ten months after the first restaurant opened its doors, Your Pie opened a second Athens location. Franchising opportunities followed a year later.

French credits Your Pie’s success to its work in local communities, including partnerships with other local organizations, such as craft-beer brands. Innovative partnerships have been the founder’s strong suit, and he hopes to spend more time ideating now that the company has a veteran CEO and COO (Bucky Cook and Dave McDougall, respectively) to handle day-to-day operational needs. Your Pie intends to appeal to diversifying dietary needs by incorporating gluten-free crust and vegan cheese on the menu, with plans to roll out cauliflower crust in the future. Technology is also a game changer that French wants to continue to leverage.

“Over the years, we’ve tried to do things with the menu to make ourselves easier to do business with,” French says. “The world is moving so fast. People want things faster than they got it the day before.”
Nonetheless, French says pizza’s popularity and consistency will allow the brand to succeed anywhere. He feels the fast-casual pizza category is still in its infancy, with room to innovate and define the genre as it becomes more popular.
“I think we’re all still trying to figure out what the customer truly wants out of fast-casual pizza,” he says.

Knowing where the industry is headed has been French’s strong suit since he conceived Your Pie. But his biggest advice to aspiring industry leaders is to have the same touch of naiveté he possessed in his early 20s.
“I didn’t know what I didn’t know, and I still did it anyway—that was why I was able to be successful in the first store,” French says.