What Sets Your Pie Apart? 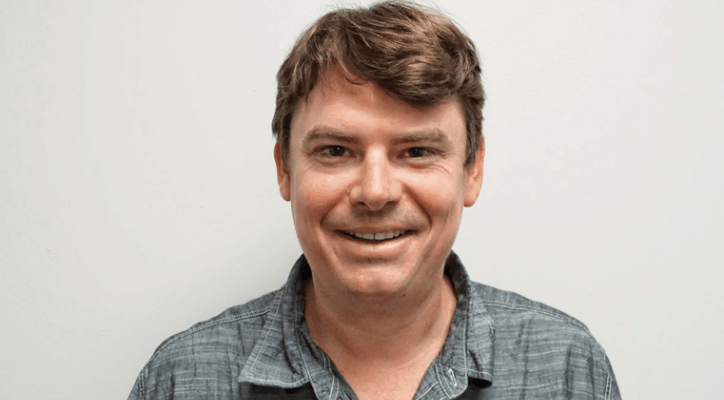 Founder Drew French on What Sets Your Pie Apart

Marrying authenticity with creativity, the chain is leading pizza innovation in the build-your-own space.

This article was originally published on QSR in August 2019.

From offering innovative LTOs to adding a new line of pastas, 66-unit Your Pie is dedicated to giving customers what they crave: exciting new flavors with the ability, of course, to customize. Much of the Athens, Georgia–based brand’s menu is inspired by Ischia, Italy, where the family of founder and president Drew French’s wife, Natalie, is from. QSR spoke with French about the brand’s processes of innovation and where he plans to take the menu in the future.

How is Your Pie setting itself apart with pizza innovation?

In January, we partnered with Impossible Foods to launch the Impossible Slider Pie as part of our seasonal Craft Series—our rotating menu of LTOs. The Impossible Slider Pie channeled the flavors of a slider burger, with a sustainable twist. Starting with an olive oil base, the pie was topped with mozzarella, thinly sliced red onions, pickles, and the plant-based Impossible Burger, then baked and finished with a drizzle of yellow mustard. We were one of the first brands to feature the Impossible Burger, and the offer was really well received by our guests. We’re actually bringing Impossible back as an option for our stores to carry regularly.

PODCAST: Your Pie’s founder on how the brand continues to stay ahead.

Every summer, we feature our award-winning, fan-favorite pizza, the Peach Prosciutto Pie, as our signature summer Craft Series. The pie is made with a base of olive oil and creamy ricotta topped with savory prosciutto and a blend of mozzarella and Parmesan cheeses. The pizza is then topped with fresh peaches before being baked in a brick oven and finished with fresh basil and a house-made honey balsamic glaze. The Peach Prosciutto Pie was created as a tribute to two of our favorite places in the world—Ischia, Italy, and Athens, Georgia.

Last fall, we partnered with Zapp’s Kettle Style Potato Chips to create a Craft Series LTO called the Voodoo Pie featuring Cajun-inspired flavors and Zapp’s Voodoo Chips. The goal was to bring New Orleans flavors to life, starting with a base of olive oil topped with mozzarella and feta cheese, green pepper, red onion, andouille sausage, and roasted corn. The pie was then baked and finished with Zapp’s Voodoo Potato Chips, a spicy ranch drizzle, and a pinch of cilantro. I have always been inspired by the New Orleans food culture, and we had a lot of fun developing a pizza that paid homage to Cajun flavors.

How do you go about R&D for items like the Impossible Slider, Peach Prosciutto, and Voodoo pies?

We have a yearly conference called Franchise Fest where we have a Craft Pie Cook Off. We ask all of our franchisees and their teams to come up with some ideas for that contest. Once a year, we feature one of those pizzas. Also, on the culinary team, we like to play around in the kitchen. We try to hit trends that are on the upswing. Sometimes we’ve been too soon on them or the market adoption isn’t there, but our teams get excited about new pizzas that they get to create in their stores and try in their markets.

Where do you see pizza menus trending for the industry as a whole?

I think we are going to continue to see more innovative, healthy options to accommodate guests with dietary restrictions and preferences. Cauliflower crust is trending right now, and I think we will see additional variations of gluten-free crust options, such as broccoli, sweet potato, and kale.

What’s on the horizon for Your Pie’s menu?

For the last six months, we’ve been working on build-your-own pasta, along with some recipes for baked pastas. We’ve been in 12 stores with that for the last couple months, and we’re about to do a soft rollout of that system-wide and then, in quarter four, we’ll be fully promoting that as a system.

Pasta is something that travels well. We wanted to extend our product line by giving another option in-store and for the catering program. The feedback on it has been incredible. In our test markets, it’s second to pizza.

Your Pie was inspired by our trip to Italy and my wife’s family. Zia’s her aunt, so we’ve got Zia’s Meatball Marinara pasta. Zia taught me how to make meatballs, and we use her family’s recipe for our marinara. It’s a ricotta-and-mozzarella base cheese with a marinara, meatballs, basil, and garlic—basically a deconstructed lasagna in a pasta-bake form. The Nat is one of our most popular pizza flavors. It’s basil pesto, chicken, sun-dried tomatoes, spinach, and feta. It’s very delicious in pasta form. Then we have a cheesy alfredo. I equate it to the best mac ’n’ cheese you’ll ever eat.